The members and visitors much enjoyed an illustrated talk on the (probable) 'first global serial murderer' given by Dr Tom Preston, a local historian,  former teacher and library archive publicist.

The murderer had married a number of women and had killed them and in some instances their children while also being a fraudster obtaining money to afford his lifestyle and inter-continental travel.

The audience were enthralled and horrified at the numerous aliases and 'easy' deception of law authorities by use of aliases, and travel to new areas, which the speaker illustrated by numerous census entries and other documents with a major one being a long 300 or so page 'scrap book' held in St Helens Archives. Where he wasHeritage Outreach Officer for St Helens Local History and Archives Library.

The 'popular press' view of the connection. 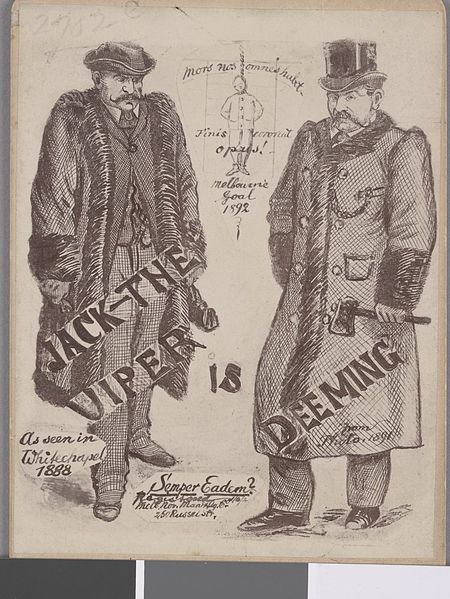 Rather than repeat or attempt to repeat in newer words the story of Deeming I quote the Wikipedia summary below the two references.
For the longer article I recommend reading both the two website articles:
A) The Wikipedia one (remembering that it is never ‘authentic’ as no one checks Wikipedia)
Refer: https://en.wikipedia.org/wiki/Frederick_Bailey_Deeming

B) A website with many of the illustrations used by Dr Tom Preston.
Refer https://www.dailymail.co.uk/news/article-2781682/Mystery-100-year-old-skull-Australia-s-serial-killer-onetime-Jack-Ripper-suspect-Frederick-Deeming-entombed-victims-concrete.html

The illustrations cannot be reproduced as many are not in the public domain.
The daily mail article is much recommended for its use of illustrations and somewhat graphic storytelling under the title:
“Mystery of 100-year-old skull and Australia's first serial killer and one-time Jack the Ripper suspect, Frederick Deeming who entombed his victims in concrete”

The House of Murder. 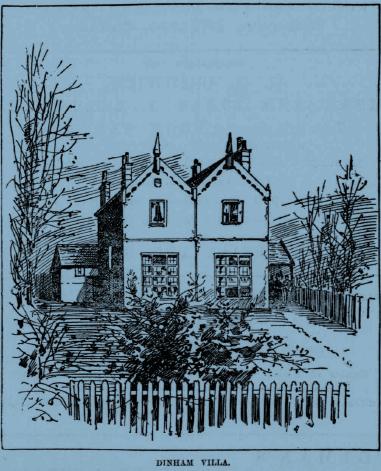 Summary.
QUOTE
Frederick Bailey Deeming (30 July 1853 – 23 May 1892) was an English-born Australian gasfitter (white-metal-smith) and murderer. He was convicted and executed for the murder of a woman in Melbourne, Australia. He is remembered today because he was suspected by some of being the notorious serial killer, Jack the Ripper.

Deeming was born in Ashby-de-la-Zouch, Leicestershire, England, son of Thomas Deeming, brazier, and his wife Ann, née Bailey. He was a "difficult child" according to writers Maurice Gurvich and Christopher Wray. At 16 years of age he ran away to sea, and thereafter he began a long career of crime, largely thieving and obtaining money under false pretences. He was also responsible for the murder of his first wife Marie, and his four children, at Rainhill, England, on or about 26 July 1891, and a second wife, Emily Mather, at Windsor, Melbourne, on 24 December 1891.

Less than three months elapsed between the discovery of Mather's body in Windsor, Melbourne, in March 1892, and Deeming's execution for her murder in May 1892; a remarkably short time by comparison to modern western legal standards. This was not only due to efficient police work, but also a result of the considerable international media interest the murder attracted. For example, it was an English journalist working for the Melbourne Argus who first approached Mather's mother in Rainhill, delivering the news of her daughter's murder. Another factor was Deeming's behaviour in public; for while often using different names, he usually drew attention to himself with behaviour variously described as aggressive, ostentatious, ingratiating and overly attentive to women.

The memorial in Melbourne 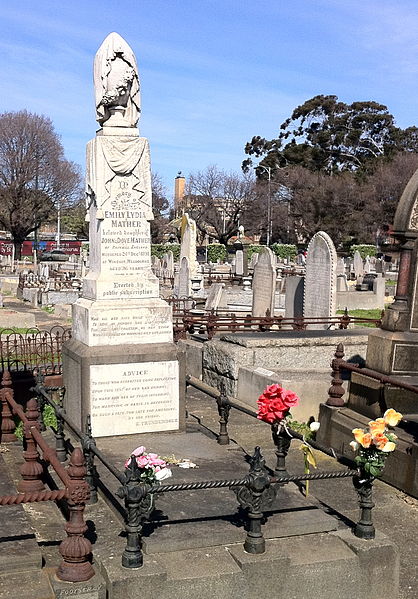 Dr Tom Preston has put many hours of work into his researches on the matter and included many census reports to track down Deeming’s many aliases and world wide places of residence, this enthralled our audience that he travelled so widely and had the funds to do so. The funds being mostly from fraudulent activities obtaining other peoples moneys, but these crimes were not covered as little is known about them.

Dr Tom has presented his talk to other societies and their is a picture of him giving it to  WI meeting at Rainhill. 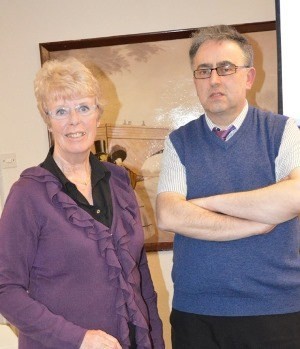 The Rainhill WI President and Dr Tom Preston. Rainhil being most appropriate to this tale.