On Thursday 13th April 2017, we had a talk with extensive slides and some videos of the “Chat Moss Project” by Lydia McCool, of The Lancashire Wildlife Trust on the origins, importance (economic and for ‘life’ purposes) and use of raised bogs with special reference to the ones nearby Culcheth. There was a lively interest from our members and visitors, albeit some had found the tracks to the moss lands ‘rough’ on cars and with problems in parking, however these are due to be resolved with new in-road from Holcroft Lane and parking areas in next couple of years, so we can all get a better appreciation of the residual bogs.

We learned of the importance of bogs in carbon retention, and were invited to visit the project and its bogs individually or in parties, where they can cater for school and accompanied youngster visits. New parking underway to make access easier.

Wildlife article on what to see.

Wildlife on the Mancunian mosslands.    Many links to map and wildlife photos and links to supporting sites and article on the local mosslands.

This summary is taken from the trust’s website. It was the core of the talk. "We" in report indicates the Chat moss Project Team.

The Chat Moss Project aims to restore Lowland Raised Bogs in the Chat Moss area and engage local communities with this fascinating habitat.

The Chat Moss project is an exciting five year scheme funded by the Heritage Lottery Fund.

It involves working on the restoration of the Lancashire Wildlife Trust’s reserves in the Chat Moss area, surveying the flora and fauna of the sites and engaging local people and volunteers to raise the profile of the sites and to assist the Trust with the management of the reserves.

Check out the latest blog from our Mosslands team here.
Link:

They are starting a 'Friends of Little Woolden Moss' group and are looking for local people to get involved and help shape the future of this recovering mossland.
Click here for more information.

The History of Chat Moss.

Chat Moss was originally a huge expanse of Lowland Raised Bog, dating back 10,000 years. An enormous tract of mire, fen and bog, it was pretty much unexploited by people until the 19th Century.

One of our most impressive feats of human engineering, the construction of the Liverpool to Manchester railway across the middle of this ‘uncrossable’ wetland, was the beginning of the end for Chat Moss.

Peat was extracted and sent along the railway to Manchester to be used for horse bedding, the same carts would then bring back the night soil of the sprawling metropolis to be spread on the moss, creating a fertile land that would grow almost anything... with enough drainage. The moss was tamed; agriculture and peat extraction had made it a very human landscape.

Today, only 3% of the lowland raised bogs of the Trust area remain in some sort of salvageable condition.
Many are in a poor state and almost half of these sites are still being worked for peat extraction.

The Lancashire Wildlife Trust is working desperately to protect these hugely valuable fragments and restore them to living, breathing mosslands once more.

We own three sites in the Chat Moss area; Astley Moss, Cadishead Moss and the recently purchased Little Woolden Moss.

The intention of the Chat Moss project is to develop a matrix of reserves and wildlife-rich mosslands which will connect with other bogs and wetlands in the Greater Manchester area, creating a Living Landscape; for people as well as the many wetland species that are in rapid decline.

What work are the trust doing?

All of our reserves have been peat extracted at some point in the past. Astley Moss was abandoned and became fairly wooded before coming into Trust management 30 years ago. It is now developing into a wonderful mossland reserve. With a little more work on getting water levels just right and a wider variety of bog plants, it will be well on its way to full restoration.

Cadishead Moss was acquired in 2009. With extraction on part of the site continuing until this time, there was no wood to remove, and the network of ditches and bunds left by the extractors have been utilised to give us a very diverse mix of deep and shallow pools separated by low peat mounds. We have already seen a huge increase in bird species such as Snipe and Reed Bunting since we took over the site, with cotton grasses flourishing and mosses starting to spread through the damper areas.

Little Woolden Moss was worked for peat until it was bought by the Trust in August 2012. It is a huge 107 hectare site and work is currently taking place to block the drainage ditches and level the bare peat surface – on a grand scale.

By raising the water table we will create a vast area of rewetted peat; perfect for recolonisation by mossland flora and fauna alike. Importantly, Little Woolden Moss is adjacent to our Cadishead reserve, so it will create an even larger for wildlife to flourish.

We will also be improving the access to these sites and we run a range of programmes to get people out onto the mosses and appreciating their unique wildlife, from volunteer work days to presentations and guided walks, surveying for wildlife to activities for kids.

Wikipedia article with note on the railway crossing of the moss. 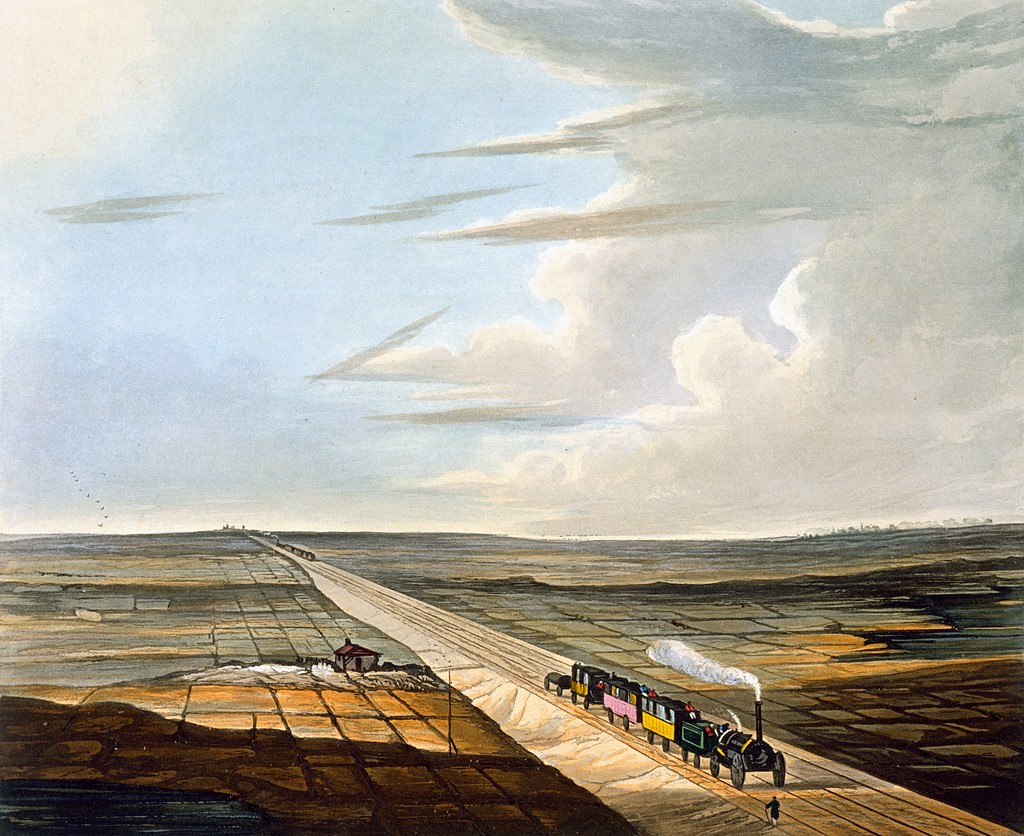 View of railway and mosslands in public domain.

Henry Pyall - T.T. Bury (revised edition 1833), Coloured Views on the Liverpool and Manchester Railway. London: Ackermann & Co; plate 5. This scan/photograph from the Stapleton Collection, via the Bridgeman Art Library (STC 267570) and Artfinder.com (description page, image)
The crossing of Chat Moss by the Liverpool and Manchester Railway. The creation of a stable trackbed across this treacherous area of deep peat bog was one of the most difficult challenges faced by the constructors of the line.

A traveller's sketch of the train at Chat Moss, November 1857

Artist: Frances Elizabeth Wynne.This image is available from the National Library of Wales You can view this image in its original context on the NLW Catalogue

Lancashire Life article on the wildlife at Chat Moss.

Article on carbon and bogs 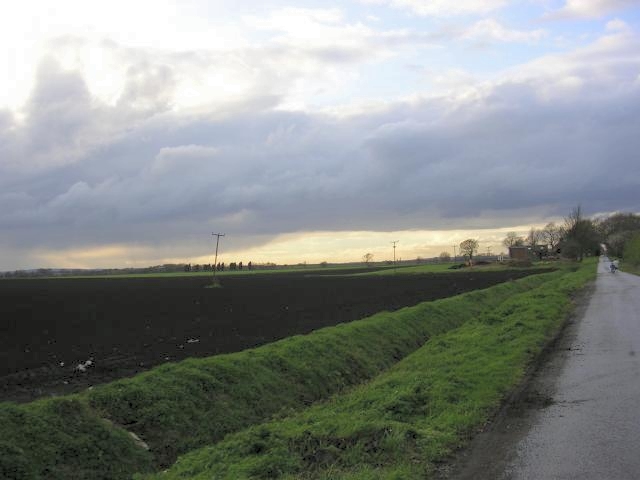 Extent and area of Chat Moss

Chat Moss is a large area of peat bog that makes up 30 per cent of the City of Salford, in Greater Manchester, England. (per Wikipedia)

GB Historical GIS / University of Portsmouth, History of Chat Moss, in Salford and Lancashire | Map and description, A Vision of Britain through Time.