Culcheth Workhouse display was due to be put on at an open event during Culcheth Community Day in 2016.

This display was prepared by our Chair after extensive research into the workhouse conditions and
a few items were prepared for display on a board at the community Day.

The event was scheduled for May 2016 and was called off due to rain penetration of the
Culcheth Children's field being unable to support vehicles or people without 'sinking in mud'.

The event was re-scheduled for July 2016 and on the day was abandoned at 10 am, again due to
weeks of rain making the area unusable.

Here you can see the display, without our able Chair to explain or answer questions on the workhouse.

However you have a chance to hear about the workhouse in our Thursday, March 9th 2017 meeting when our
Chair Zoe Chaddock, will present a talk with slides and articles on the workhouse and the Pauper Apprentices.

The workhouse originated under the early Poor law which dated from Tudor times and operated as a Poor House
thoughout the 18th and early half of the 19th century and closed in August 1851.

Some Photographs from the display. 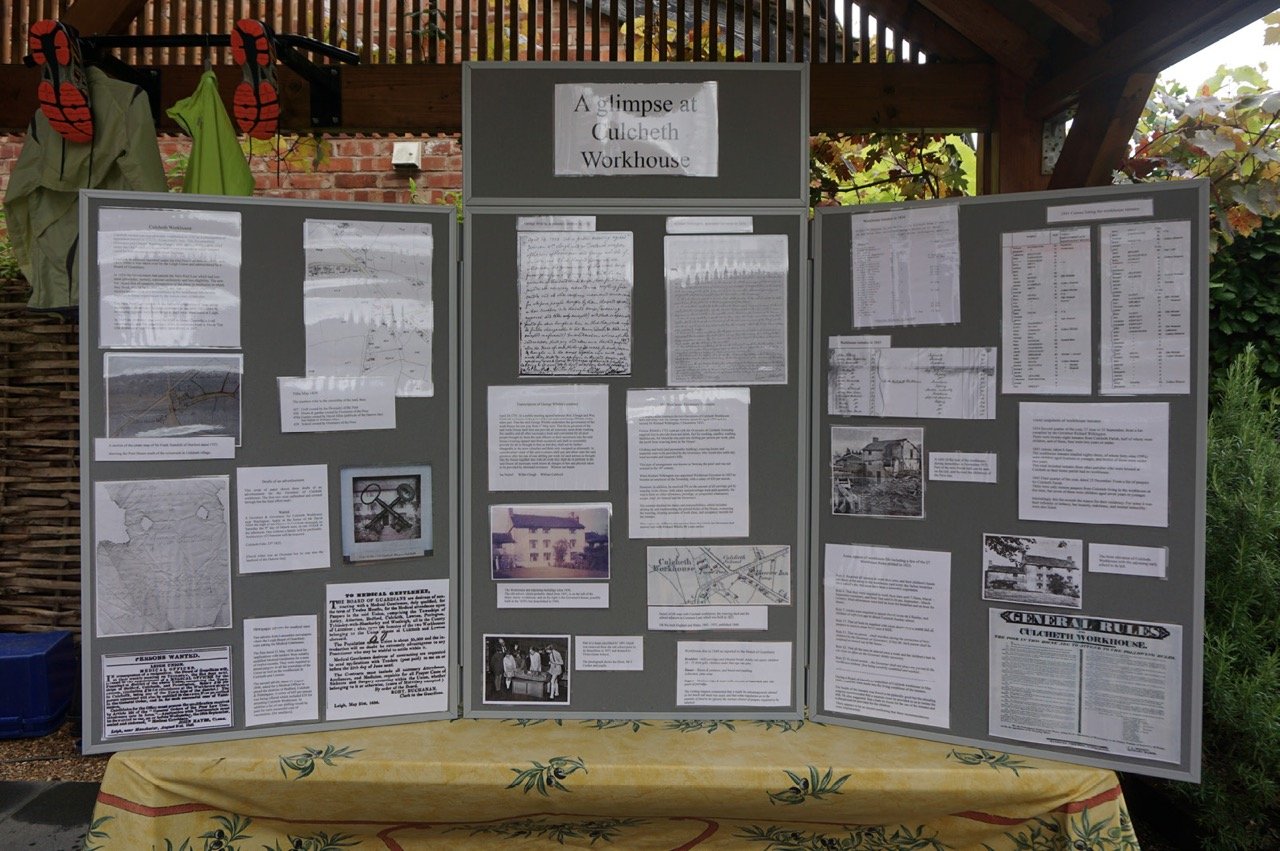 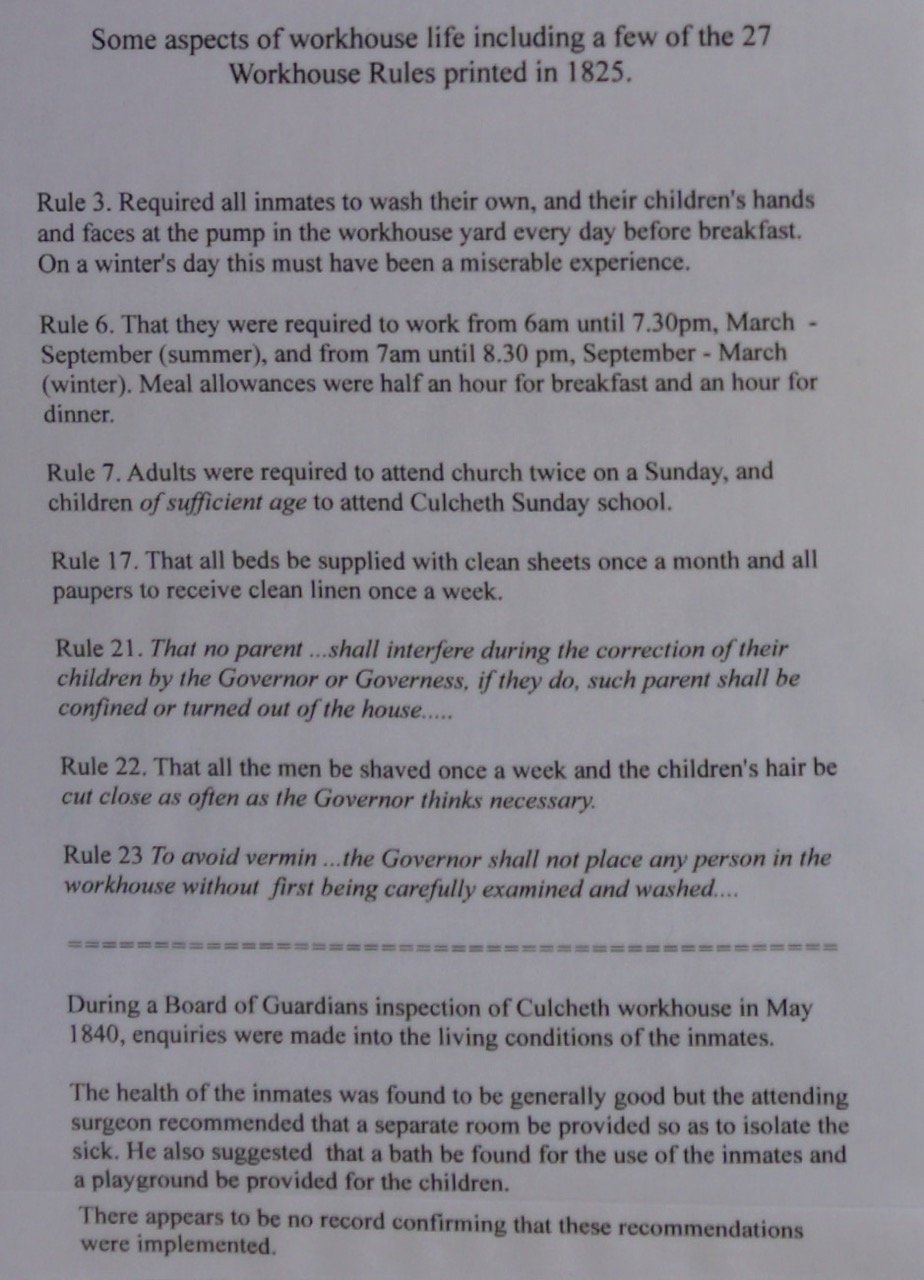 Extract from the rules.

Photo of Printed Workhouse Rules on a separate article