20170511 "Lord Haw Haw" by Brian Joyce
IMPORTANT. The speaker Brian Joyce is no relation to the William Joyce who was the subject of the talk.

At very short notice due to unavailability of the planned speaker, Mr Brian Joyce stepped in and gave a talk.
The members thank Mr Brian Joyce for his delivering one of his talks to us on May 11th , 2017.

An informative and detailed talk on the life of William Joyce, who was given the nick name of "Lord Haw Haw", who acted as an English Language 'news reader' and propagandist for the "Nazi"regime of Germany. Many points about his early life, political career, actual birth nationality and the eventual trip to Germany on a British passport were given. The talk was enjoyed by most of our group although some who had heard him broadcast found they learned things they did not know.

Rather than try to summarize a very complicated life story and events, we list references below which detail much of what was in Brian Joyce's talk.

The detail in the talk that was much discussed by folk at the meeting and effected then deeply was the fact that speaker told us of how William Joyce's activities effected his daughters by his first wife, they had never know him after their first few years, but one a devout Roman Catholic who the speaker had met kept doing voluntary service to a local Jewish Synagogue during her life.

The accent.
The nasal twang was due to a broken bone after a youthful conflict. However William Joyce's accent was not the origin of the "Haw Haw" (that was due to another person with a 'posh' accent) but it transferred to William Joyce and stuck.

The facial scar was due to a fight at a political meeting where he was cut by a sharp instrument (a razor, perhaps). 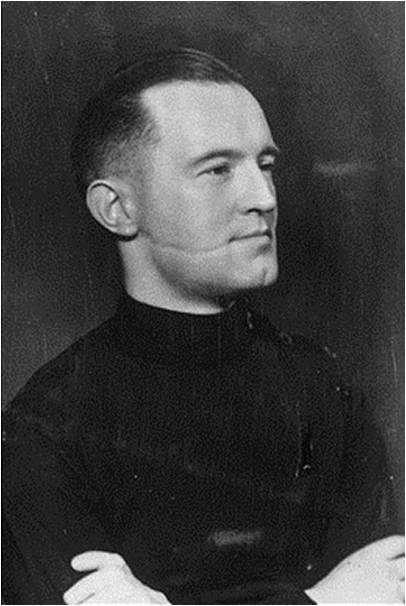 Broadcasting while in Germany during the validity of the passport was the key element in the verdict of guilty for treason on one of the three offences of treason with which he was charged. The other two charges of treason were dismissed as they concerned dates outside the passport validity.

The Capture of William Joyce. 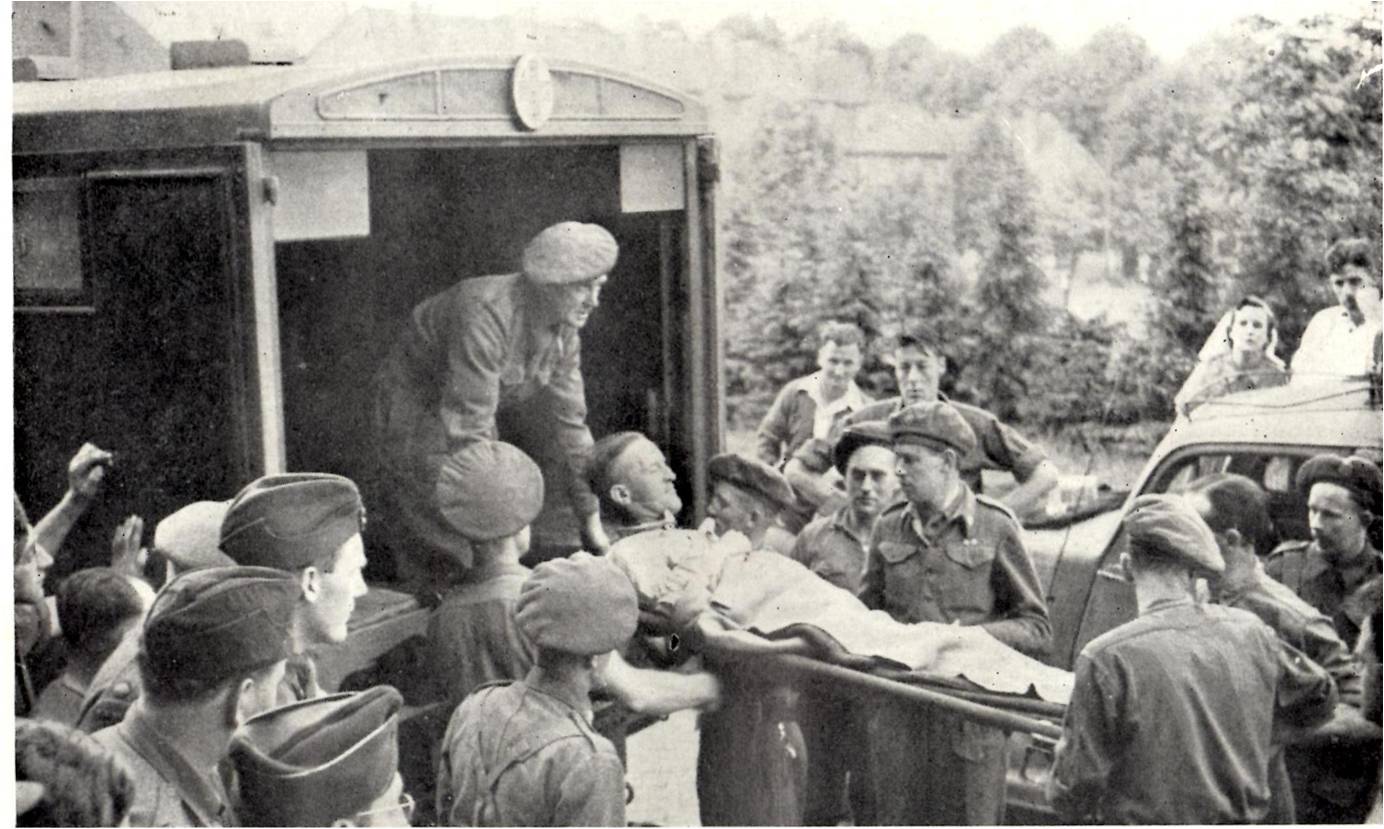 The Caricature based on Norman Baillie-Stewart's voice. 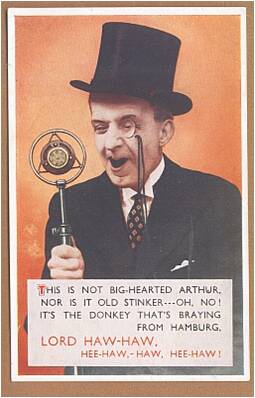 Quote:
The exact source of his sobriquet, 'Lord Haw-Haw,' is not entirely clear, but most attribute it to Daily Express radio critic Jonah Barrington, who described a propaganda broadcaster as speaking "English of the haw-haw, damn-it-get-out-of-my-way variety, and his strong suit is gentlemanly indignation."
Although the name "Lord Haw Haw" was attributed to Joyce, the broadcast heard by Barrington was actually made by Norman Baillie-Stewart, a Sandhurst-educated officer who's voice sounded far more pompous than the American-Irish nasal twang of Joyce.

The two short summaries of William Joyce's life are given in:

And an unfinished as it is incomplete of internal references in Wikipedia.
https://en.wikipedia.org/wiki/William_Joyce

The Guardian report on his daughter.

Many books and articles exist on the persons and politics of that time and the summary by Brian Joyce of his research into William Joyce was well done.