You may comment by searching for this number on link:

Link below:
Campaigners want community use

The Warrington Guardian has also writen about this
link:
https://www.warringtonguardian.co.uk/news/17387673.the-fight-is-on-residents-ready-for-raven-inn-planning-battle/

Warrington Worldwide has also reported on this.
Link
https://www.warrington-worldwide.co.uk/2019/01/22/anger-over-plan-to-demolish-historic-village-inn/ 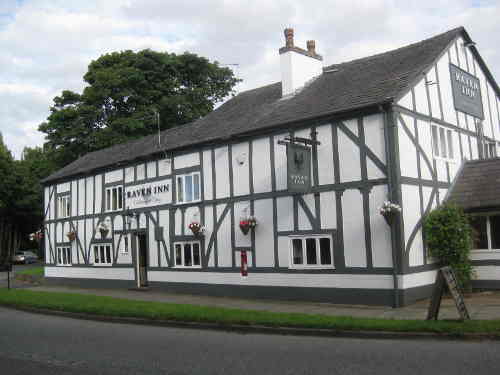 Our members have given a brief detail of its history.
History of The Raven copyright Zoe Chaddock.

The Raven Inn: said to date from 1562.
The two photographs depict the Raven in the early 20th century.
Photo 1 taken when John Clough was landlord (1902 to at least 1911). Photo 2 is circa 1926.
It is one of Culcheth's oldest surviving buildings.

End of Zoe Chaddock's history of The Raven Inn 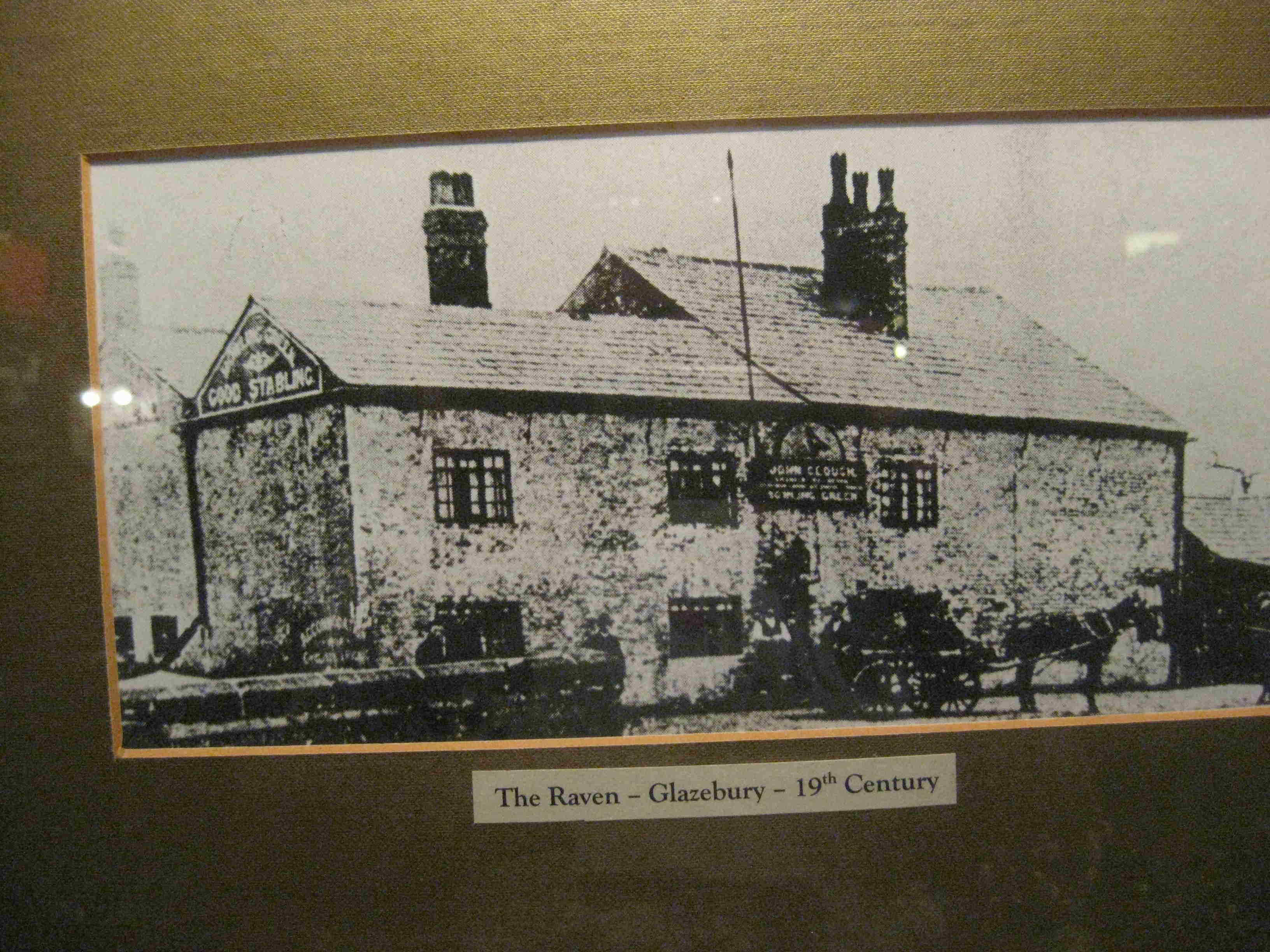 Raven Circa 1910 from photo inside pub taken some years ago by CLHG member.

Location map. Courtesy of and by permission of The Ordinane Survey. 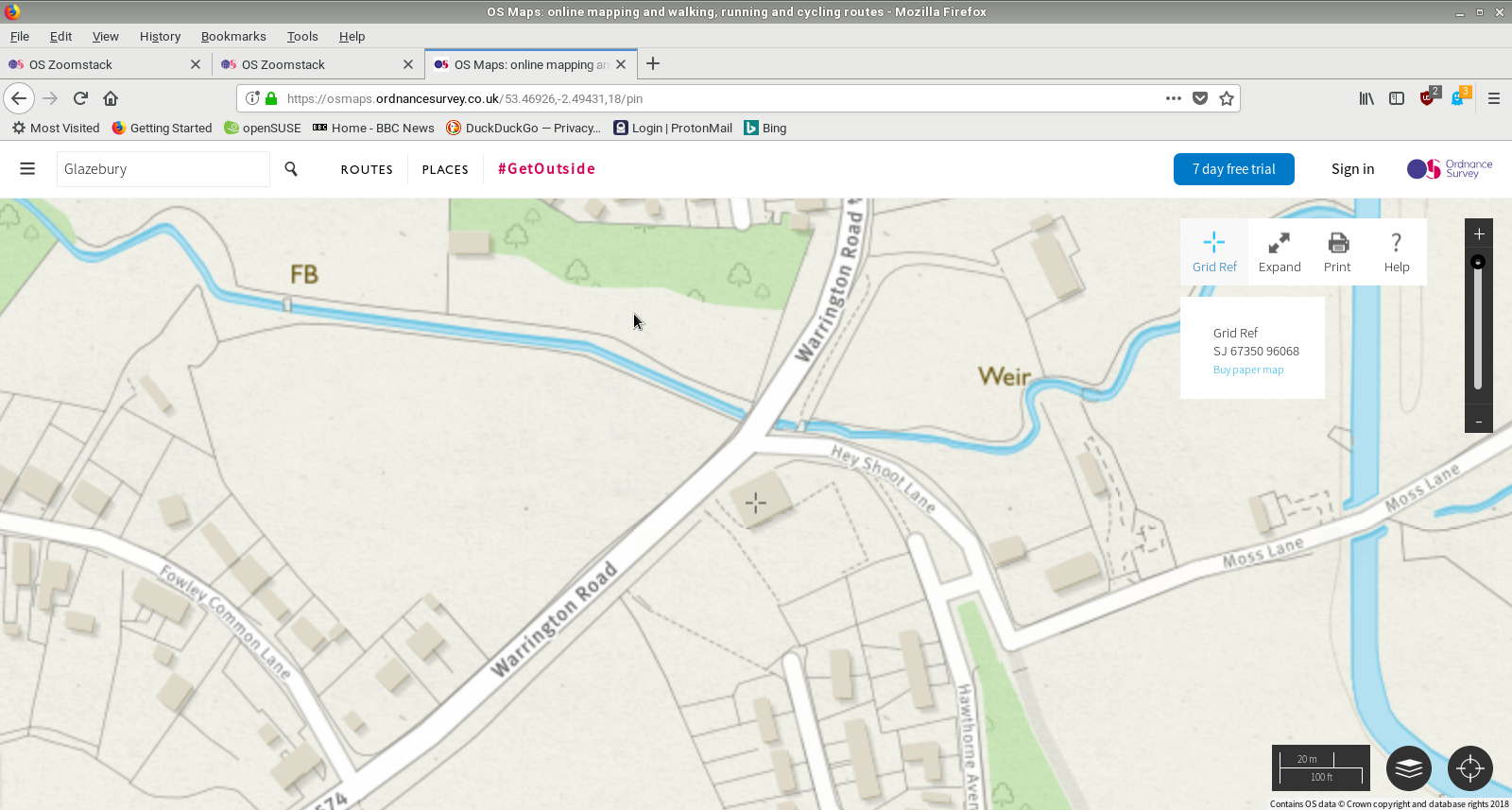 A brief outline has been published by Philip Jeffs
Brief story.

During the Edwardian era Interest in the history of the site saw the building given a mock-timber cladding to “better reflect its antiquity”. The inn’s sign was repainted by the Reverend Whittenbury Kaye of Newchurch to show a truer reflection of the raven on the Holcroft coat of arms. This made the inn somewhat of a national oddity in having a sign painted by the local vicar.

Kaye’s complaint against the older sign was that it showed a raven holding a dagger standing on the body of a dead soldier. Local myth was that during a skirmish between Scottish troops and Parliamentarians towards the end of the Civil War a raven had carried a sword from the body of a soldier into the inn. This was said to be some omen the meaning of which is now long forgotten. The original sign was said to represent that mystical raven. Kaye pointed out that the raven holding a dagger was actually an ancient emblem of the Holcroft family and predated the Civil War. As such he repainted the sign to remove the dead soldier.

Whilst the raven part of the story may not have survived into modern times, stories of the battle have. Generations of locals have passed on the story of Scottish soldiers fleeing the Battle of Worcester and finding Warrington Bridge held by their opponents. The Scots were then forced to cross the Mersey by the ferry at Hollins Green, skirting around the unpassable Chatt Moss via Glazebrook and Glazebury. A skirmish, we are told, broke out as they passed the Raven.

The Reverend Kaye in his book on Colonel Blood records that ‘As late as 1879 relics of the skirmish were found. On widening the road leading from Culcheth to Leigh near the Raven Inn, a mound in an adjoining field was removed, in which were found bones and rusted weapons’. The burying of troops where they fell was a common practice during the civil war.

The noted historian George Ormerod confirms in his ‘Civil War Tracts’, written in 1844, that the Scottish troops did cross at Hollins Green when fleeing north in 1651.

The Holcroft family, for whom the pub is named, achieved notoriety for their involvement in the dissolution of the monasteries under Henry VIII, their support for Cromwell’s forces during the Civil War, and the marriage of Maria Holcroft to Colonel Blood at Newchurch, Culcheth in 1638. Colonel Blood is, of course, best remembered for his attempt to steal the crown jewels, but that is another story for another day.

The Raven Inn has lent its name to the nearby Raven Bridge and to an early school in the village, shown on the tithe map of 1838, named appropriately the Raven School.

According to Warrington’s Local Plan of 2014, the Raven is a locally listed building, but is not yet nationally listed.

Pevsner in his “Buildings of England” states that directly beneath the mock-timbers of the pub are double pile brick walls dating from the early 1700s. Traces of the building’s earlier phases may be found within those brick walls or within the beams and roof timbers.

Surveys would have to be carried out to confirm the age of the building, and archaeological digs to confirm the presence of any battle remains. So where the boundaries lie between truth and folklore with the Raven Inn may never be fully discovered, but what is undeniable is that the building remains a symbol of the area’s history and a reminder of a time when tradition was passed down through generations of locals by the art of story-telling. 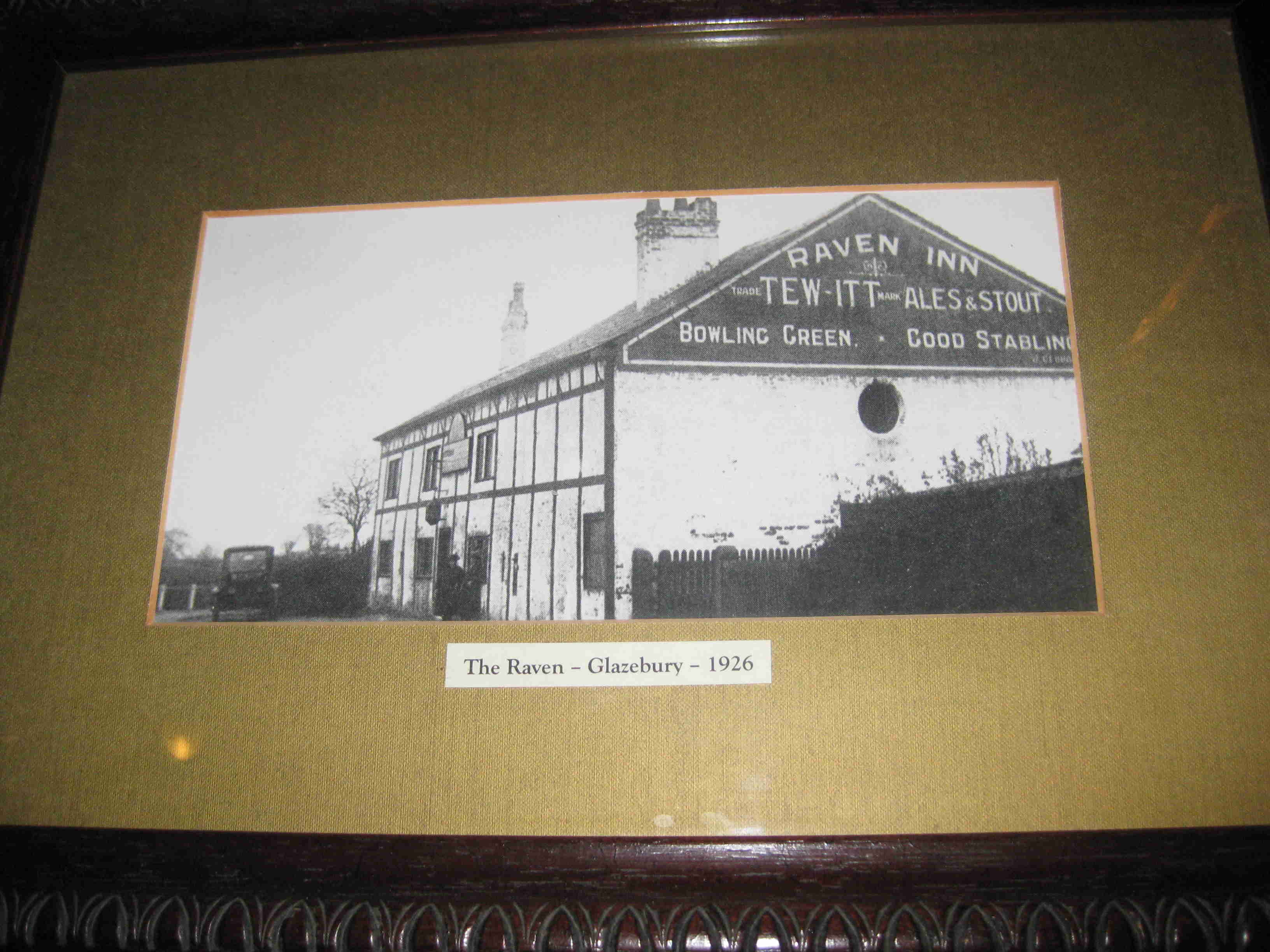 Raven Inn circa 1926 from photo inside pub