On the 8th of March 2018 the group and its visitors were given a talk by Mr Stephen Knott, a Wigan Archivist on the The Lancashire and Cheshire Miners Permanent Relief Society and the project "Counting the Cost" to catalogue and digitise the archived material of the "The Lancashire and Cheshire Miners Permanent Relief Society" (LCMPRS).
The archived material, some saved by 'chance', while incomplete has enabled a great deal of understanding of the LCMPRS work and objectives to give aid to miners and their dependents when sick of injured and to relatives when a miner was killed in a pit accident. Examples of the archived material were shown as illustrations.
The archives are open to the public and can be seen by appointment.

Use of the Archives.

This project "Counting the Cost"has made available to researchers and others the ability to search the catalogue of records.

While today's medical objectives for research would like to have had much more detail on the injuries and sickness suffered by the miners as a tool for medical research, only those 'sick' for more that six months are in the archived material. The other card index records for the 'less than six months sick' period may have been lost or destroyed in the many 'save and reuse paper' exercises during the 1939-1945 war efforts. Many detailed medical notes are lost.

Modern Medical Research often needs the minutia of records and objects considered 'ephemeral' or 'disposable' by the generations using them as current and future forensic tools and statistical analysis opens greater knowledge of the past and helps current medical science.

Project team.
Mr Knott lead a team of volunteers working with aid from a grant of financial assistance from funds made available by the Welcome Foundation.

The Wigan website acknowledges this valuable assistance  from Welcome Trust and the volunteers.
Quote:
Wigan Archives Service would like to thank the Wellcome Trust for funding Counting the Cost and making this important project possible.
We would also like to thank the team of volunteers who transcribed and digitised the relief registers and index cards, these include:
Pat Aspinall, Wilf Bamforth, John Green, Molly Hilton, Ian Irving, Arthur Jones, Will Kaye, Dorothy Lee, Tom McGrath, Tim Sen, Sophie Smith and Lorraine Whittle.
The project was managed by Stephen Knott, Project Archivist.
UNQUOTE

Link to the Wellcome Trust. 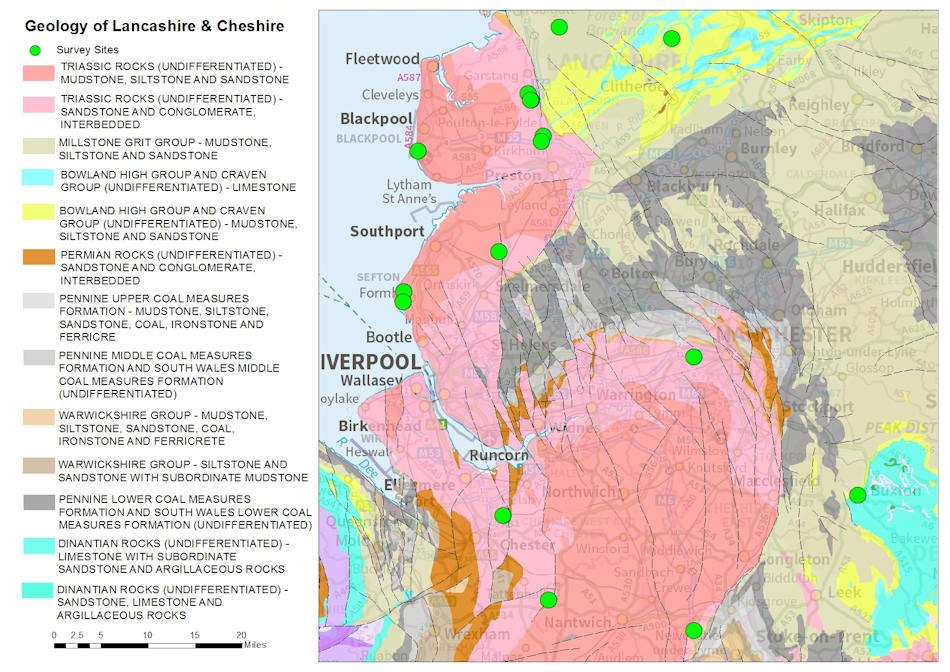 Pit "Disasters", injuries, death and sickness in the mining industry led to many efforts by local pit folk, and others to try to help those who by injury, sickness or death lost all means of livelihood and income. Such loss of income and permanent or temporary disablement could lead to extreme poverty with all its consequences.
While there was communal efforts in the case of pit disasters "defined as more that five persons dead in a single incident", the everyday occurrence of injury and death was a constant background to this industry with the Lancashire coal fields being for many years having greater than the industry average of deaths per 1000 workers and in some years being the worst in the country.

Brief Outline of LCMPRS as set out on the Wigan Archives website:

Set up in 1872, the LCMPRS provided financial assistance to miners injured in industrial accidents and unable to work, as well as for widows, children and dependent relatives of those who were killed.
The records generated by the society give an invaluable insight into the working conditions endured by miners and the impact this had on their health, the well-being of their families and the communities they lived in. With its head offices in Wigan, the society continued to give financial assistance to miners and their families until 2006.
The 'Counting the Cost project" has unlocked this important collection of records for researchers studying industrial injury and disease in the Lancashire and Cheshire coalfields as well as for family historians with ancestors who worked in the coal industry.

Financial relief
The Lancashire and Cheshire Miners Permanent Relief Society (LCMPRS) initially paid financial relief to miners injured in industrial accidents and unable to work, as well as for widows, children and dependent relatives of those who were killed. In 1920, they started to make payments to miners unable to work because of industrial diseases, such as nystagmus, an eye condition, and musculoskeletal disorders like synovitis and beat knee. In 1939 the society also began making payments to miners suffering from lung diseases including silicosis and pneumoconiosis.
As part of the Counting the Cost project, these records detailing relief paid have been transcribed into databases and are now available online to researchers. For data protection reasons the names of claimants born after 1918 have been left out of the databases but other details relating to their claim have been kept to enable data analysis.

Full and Half members of the Society.

Members who claimed relief for more than 6 months following an industrial injury were classed as “permanent” claimants. The term “disabled” was also sometimes used.

Although the Mines and Collieries Act 1842 stopped women from being employed underground they were still permitted to work on the surface.
Membership of the Society was therefore open to women – they had the option to join as “full members” or “half members”.
'Half member' was also used for the child workers.
The records show death and injuries to children as young as 13 years of age.

From a small start of membership in the early days the society had eventually over three quarters of working miners in its membership.

Links to further information and illustrations.

The sub-agencies or local pit agencies through which the main society worked at local level:
https://www.wigan.gov.uk/Docs/PDF/Resident/Leisure/Museums-and-archives/archives/Miners-relief-society/Local-Agency-List.pdf

A visual and audio PDF presentation with photographs of the archives is available at: "Lancashire and Cheshire Miners permanent relief society PowerPoint with voice over".

As part of an Undergraduate Part II Work Placement. February – March 2017, 35 hours with all photos property of author.
Note this presentation has an audio file that may only work in exactly the same software as it was created in by the author. 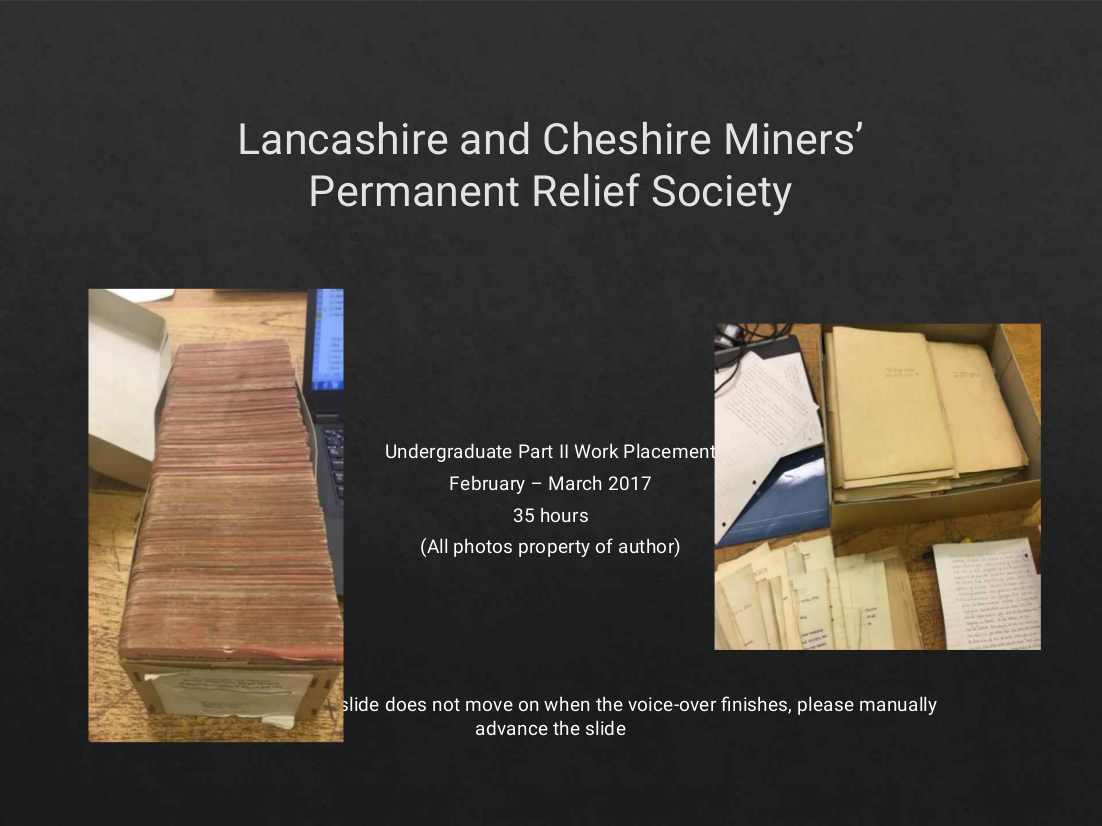 Image acknowled as author's property in link below. (No author details on web page or inside the presentation.)

Map of the Bolton and Bury Coalfield
https://www.nmrs.org.uk/mines-map/coal-mining-in-the-british-isles/lancashire-coalfield/bolton-bury-coalfield/

Mining disasters in Lancashire coalfield.
The "gassy" coal seams, poor ventilation and the use of candles meant the coalfield was prone to explosions and, between 1851 and 1853, had the highest mortality rate of any British coalfield. In 1850, 16 men and boys died at Bent Grange Colliery in Oldham, 36 died at Coppull Colliery in 1852 and in two disasters within a year at Ince Hall Colliery, 58 died in 1853 and 89 men died in 1854. In 1883 some 68 men and boys were killed and 53 were injured at Moorfield colliery near Accrington.
Mining was dangerous: flooding, gases, roof falls and explosions of firedamp contributed to the deaths of thousands of workers in Lancashire's pits. In the first half of the 19th century there were many disasters, many caused by firedamp and inadequate ventilation. In the year 1859 there were 68 fatal accidents in Manchester district and 57 in Wigan and St Helens. The third worst mining disaster in the country was at Hulton Colliery Company's Pretoria Pit in 1910 when a faulty lamp caused an explosion killing 344 miners.
In 1962 16 men died and 21 were injured at Hapton Valley colliery near Burnley. The last disaster on the coalfield was at Golborne Colliery in March 1979, when three men died instantly in an explosion of methane caused by an electric spark and seven men later died of their injuries.
List with data on mining disasters in Lancashire.
https://en.wikipedia.org/wiki/List_of_mining_disasters_in_Lancashire

Link to Wikipedia article on Pretoria Mine disaster.
https://en.wikipedia.org/wiki/Pretoria_Pit_disaster

An 'Image'  search of pit accidents will give a view of the many incidents and their sketches as localy reported at the time.

Note: Facebook viewing may require registration and may track your activity for commercial purposes.

History and preservation of mines.
The Northern Mine Research Society.
https://www.nmrs.org.uk

Link to our group's report on the Pretoria Pit Disaster.