The photographs below are all CC by SA licence from public domain sources and not from the speaker.

"BOLLINGTON, a township partly in the parish of BOWDON, but chiefly in the parish of ROSTHERN, hundred of BUCKLOW, county palatine of CHESTER, 5½ miles (N. by W.) from Nether Kuutsford, containing 264 inhabitants. There is a place of worship for Wesleyan Methodists." [From Samuel Lewis A Topographical Dictionary of England (1831) ©Mel Lockie]"

The distance of the error is shown below. (From Google Maps) 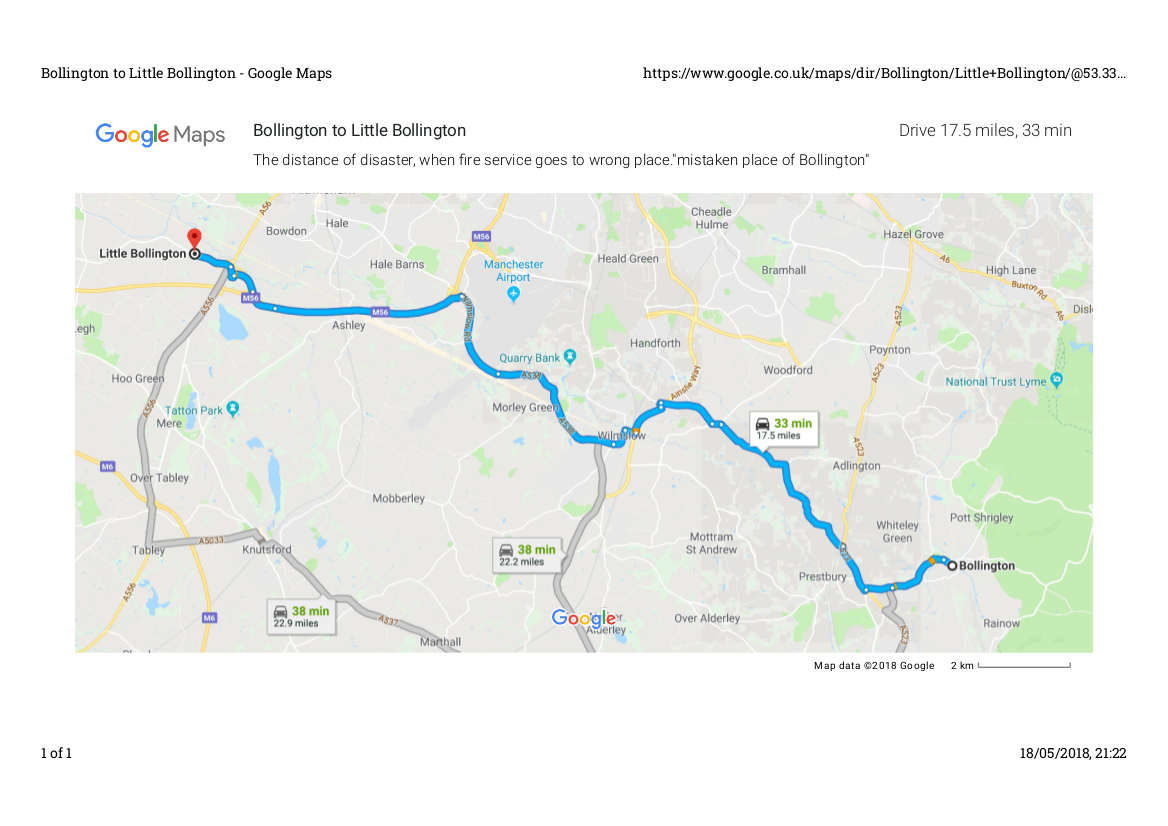 The Swan with two nicks. 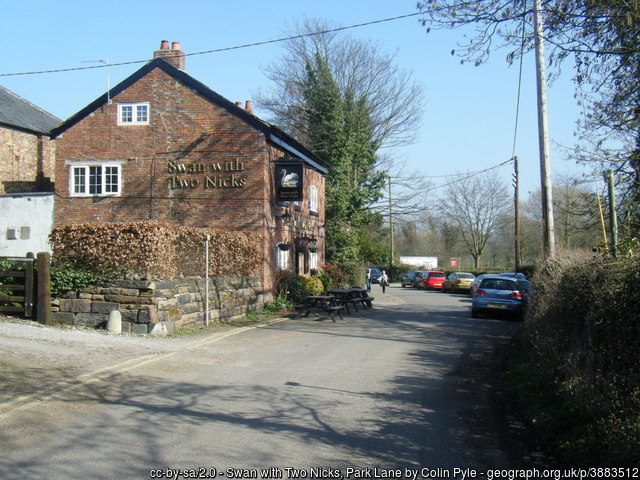 A view of the pub. near Little Bollington, with its unusual name coming from ownership marks cut into the swan's beak.

The troubles of a photographer.

Our speaker took a day to try to get the tourist boat passing the outfall of the Bollin river into the Ship Canal, and being 'chased off' his parking spot thought he had lost "the shot" as the time when the boat would pass the Bollin point from timetables and estimated boat speed had passed, but as boats can be slow, he got his beatiful shot of the boat shown below just passing the confuence at Bollin Point.

Features of houses normally inaccessible to the public were shown and a lot of admiration for his persistence (?) to get photographs was admired. 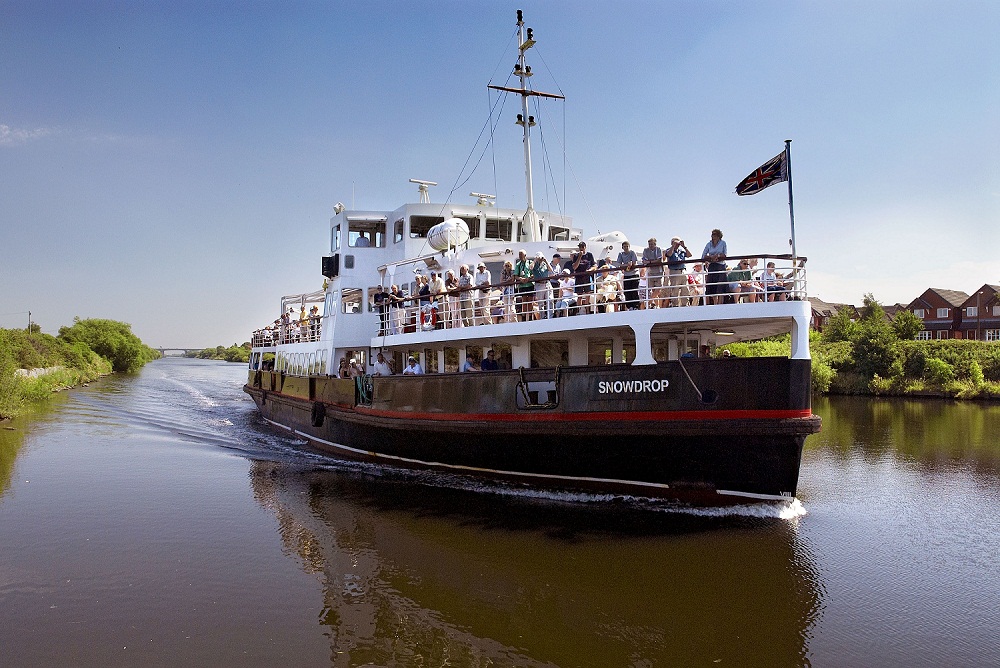 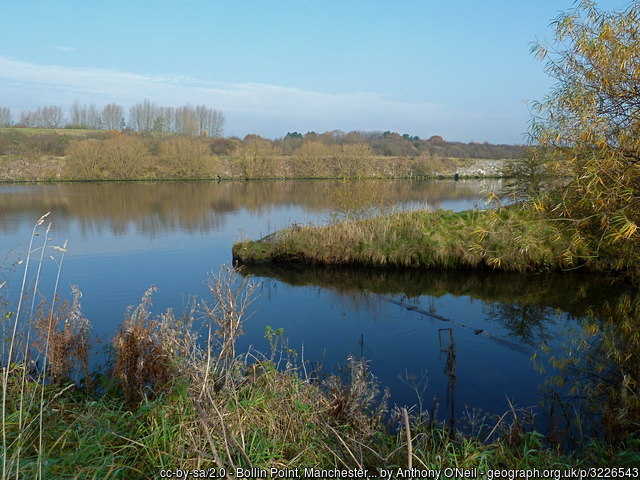 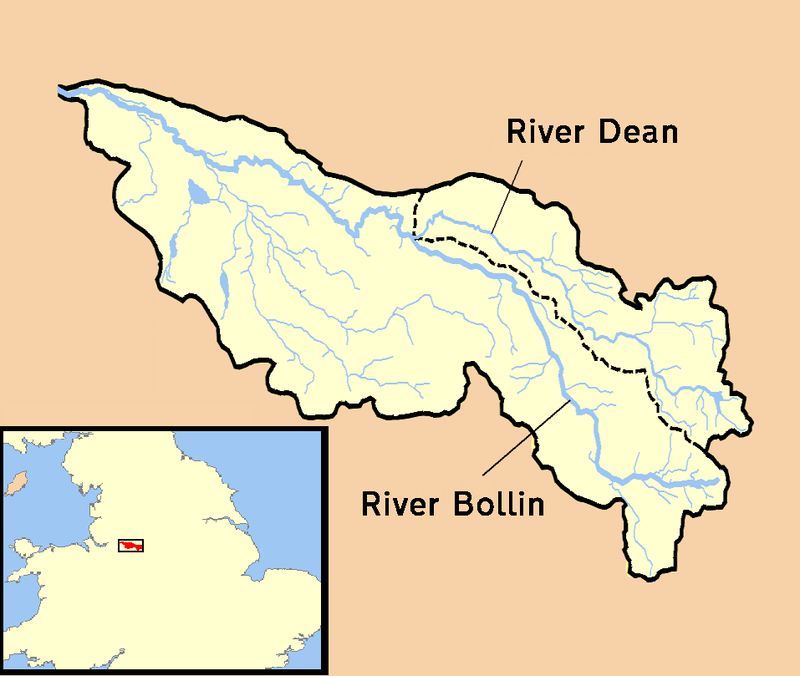 The Toll Booth at Warburton.

Current Day History.
On the night before our talk, some "persons" had attached and set fire to the Toll Booth at Warburton, and by the time our speaker had passed the road was open. As our locals know the 'toll' is not paid for the high level bridge over the ship canal but for the old (now dry) former Mersey channel, as shown on the diagram below. On the next day the remains of the (private) toll booth were removed for safety's sake, with intention to later replace it. 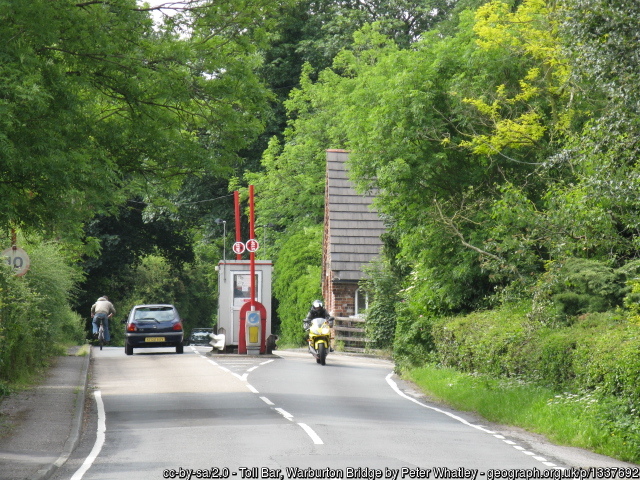 Photos of points in the Bollin Valley.

After viewing the speaker's grand set of photographs of the Bollin Valley from Dunham to the Ship Canal, some felt we should have also have had a small talk about how to get very high quality photographs of views and buildings, as his expertise was visible in the slides shown to us. 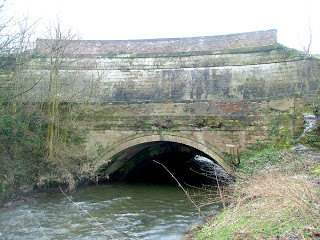 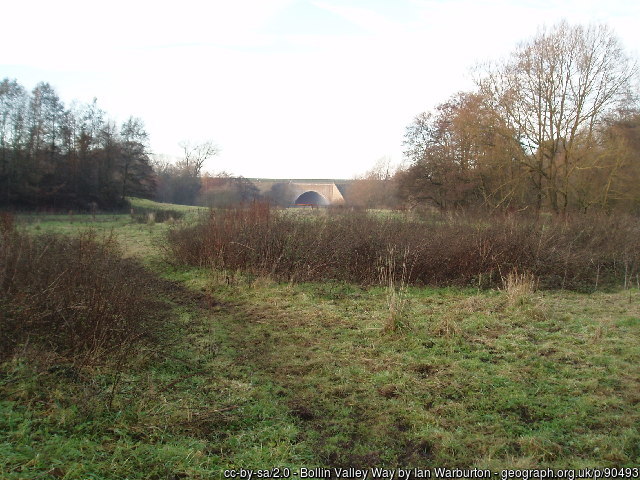 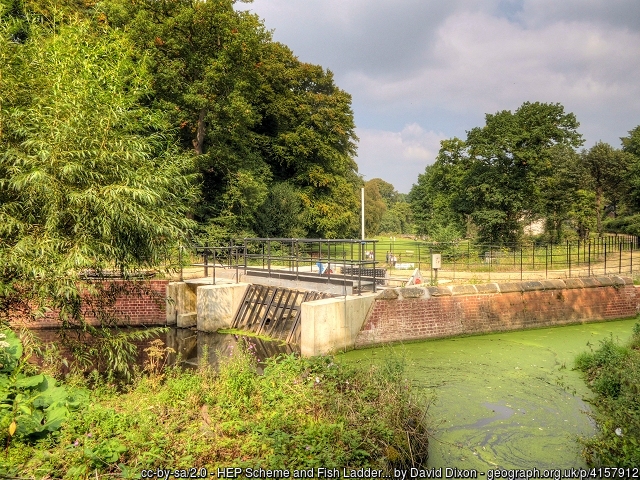 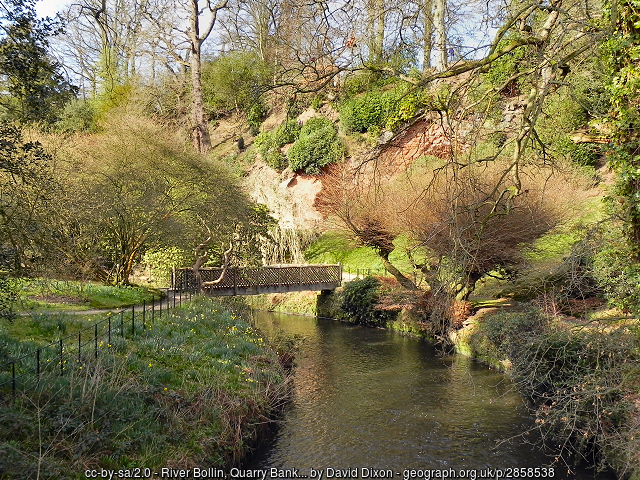 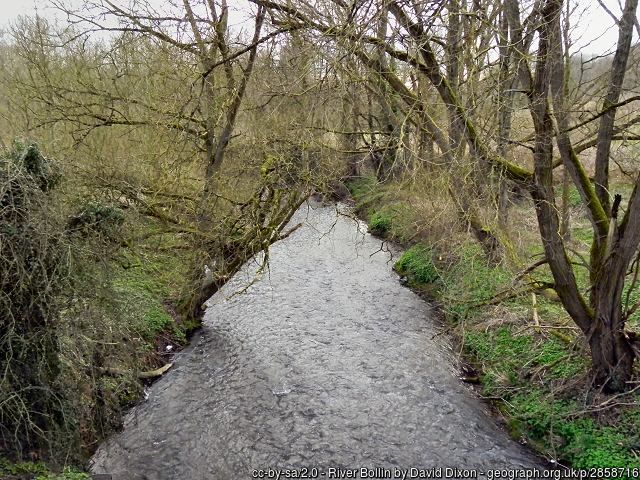 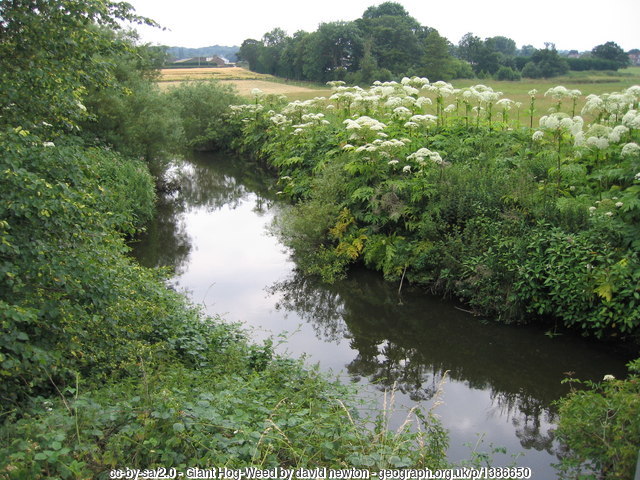 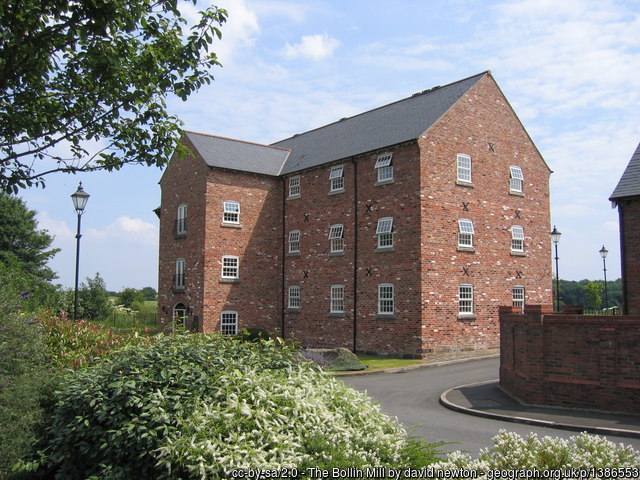 The old industry of the river becomes the new living places.

The speaker has published his photography in a couple of books about the Bollin valley obtainable from the speaker at his address: 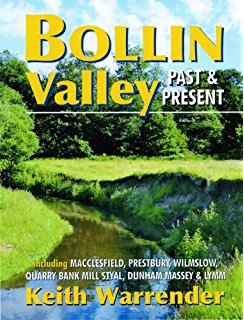 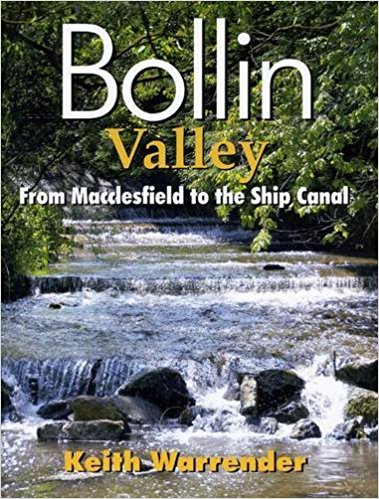 Our thanks to our speaker for a most beautiful set of illustrations o fthe Bollin River Valley and its features.